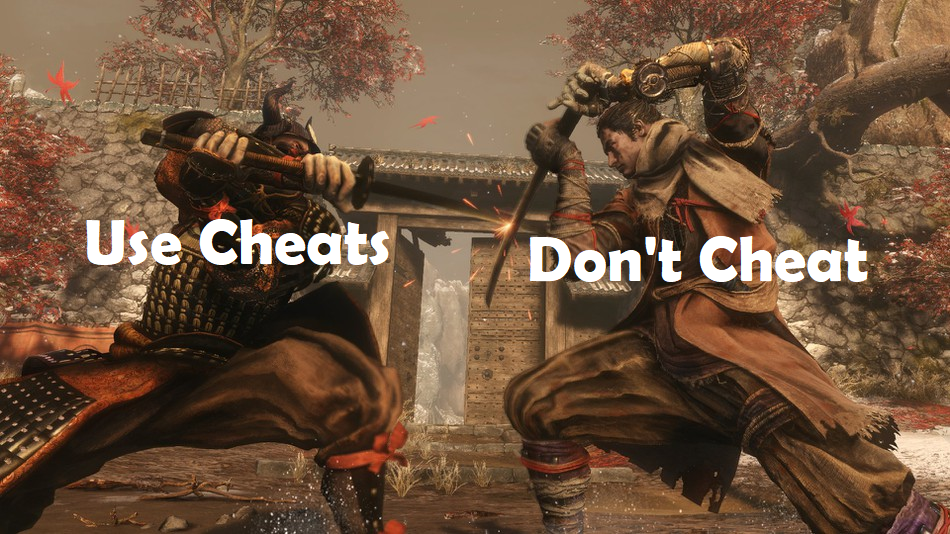 Sekiro: Shadows Die Twice is a new game from From Software (Dark Souls series, Bloodborne). The director, Hidetaka Miyazaki, is known for creating difficult games and telling stories through limited text descriptions. Sekiro is no different but the gameplay is more intense and fast-paced in comparison to the Dark Souls series.

Why is everyone arguing about Sekiro?

As usual, many people are complaining about the difficulty of the game. However, an article from PC Gamer where a journalist used cheats to beat the final boss has greatly spread across the internet. The writer wrote about how he didn’t feel guilty about using cheats because he had lost patience constantly dying and challenging through the gauntlet to fight the final boss. In From Software’s games, respawning after death makes all the previous enemies revive which forces the player to kill them all over again. It can be extremely frustrating, especially if you’re mentally exhausted from dying often (which will happen). James Davenport, the writer, used a slow-mode option for the PC version of Sekiro that allowed him to beat the final boss more easily. He wrote about how he still felt good about defeating the final boss despite using cheats. This has sparked much argument through Twitter, Reddit, and other forums about whether all video games should have difficulty options. Sekiro has none.

Many games have difficulties settings. What has been a great addition is adjusting difficulty based on your experience with the game type or if you prefer just playing for a story.

Deus Ex Human Revolution received grand praise for its difficulty settings by changing the easy difficulty to Tell Me a Story. In single player RPG’s, some people prefer to play the game for a story rather than playing for the gameplay. Some people think Sekiro should have an easier setting or accessibility mode for players who want to experience the story of Sekiro.

The argument against Cheating:

I don’t particularly care whether a person cheats on a single player game. It doesn’t affect my enjoyment but with the huge range of social media, I can see how people can be angered by it. I haven’t played Sekiro Shadows Die Twice yet but I have played Miyazaki’s previous titles and beaten them. I personally enjoy the difficulty of the games but I understand that the game isn’t for everyone. Miyazaki has never wanted to make his games easy so asking for it from the internet seems pointless. Although Activision published the game, Miyazaki stated that they were given full directing control of the game. I don’t understand why people are asking for it. There are plenty of amazing games out and if you want to experience the story, watch a let’s play on YouTube.