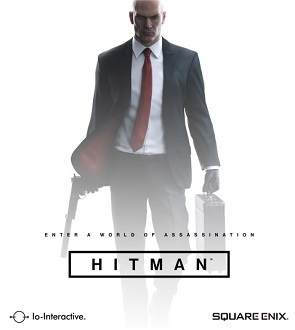 Every gamer knows the bald, well-dressed man. The Hitman: Agent 47. Despite 7 games, 2 movies, and being published by Square-Enix, the game hasn’t had the success its publishers hoped. It’s main recent release, Hitman (2016) released as a episodic title with frequent updates from publishers IO Interactive. Despite good reviews, Square-Enix will no longer be publishing the games after a loss of over $43 million dollars for the first Quarter.

“To maximize player satisfaction as well as market potential going forward, we are focusing our resources and energies on key franchises and studios. As a result, the Company has regrettably decided to withdraw from the business of IO INTERACTIVE A/S, a wholly‐owned subsidiary and a Danish corporation, as of March 31, 2017.”

This comes as a major blow to the IO Interactive. If they are not picked up by another publisher, they may shut down the studio. Releasing episodically may have hurt its chance at higher success during its initial release. This is also not the first time Square has decided to cut IO Interactive. In 2013, Square-Enix laid off half of IO Interactive’s team and forced them to cancel all non-Hitman titles.

Good luck to the team in the future! The series brought fun and unique gameplay to over a million people with its difficulty, multiple options for assassination, and it’s overall style.

One thought on “Hitman being sold-off by Square Enix?”