After long awaited rumors, The Super Mario 3D All-Stars is coming for the Nintendo Switch. It will contain Super Mario 64, Mario Sunshine, and Galaxy 1... no Galaxy 2. The collection will be available September 18th, 2020 but is only purchasable until March 31st 2021.

The limited sale date is infuriating many people only. This is one of the first occurrences from a Major gaming company to clearly state a game launch is limited. Why would Nintendo do something like this?

People are comparing it to the Disney Vault. The Disney Company would release their popular movies for a limited time on VHS. It would be sold for a premium price and it would be greatly marketed to kids so that they can beg their parents for the movies before it isn’t available. The Classic Movies wouldn’t be available for sale until several years later so the rush was significant.

March 31st, 2020 is the end of Nintendo’s fiscal year. Businesses start their business years starting on April 1st to March 31st rather than January 1st. Profits are broken up by quarters which is every 3 months. Despite Animal Crossing New Horizon being the biggest game of 2020 (so far), the game released in March so it counts for 2019 new game sales, not 2020.

2020 itself has been a poor fiscal year for Nintendo in terms of release. Despite Xenoblade Chronicle: Definitive Edition selling extremely well, it doesn’t have the wide appeal as a Mario, Legend of Zelda, or Smash Bros. Game. With a new generation console coming out, the Switch needs to do something to show off their profits before the holidays. My thinking is Super Mario 3D All- Stars is limited to boost sales number for the rest of the year. The game is limited physically and digitally until March 31st which would make fans feel like they need to buy the game now before it disappears for a long time similar to the Disney Vault.

Super Mario 3D World+Bowser’s Fury isn’t available until February 21st, 2021 so Nintendo has no other big franchise release with a confirmed release date until then. There’s Pikmin 3 but for the 3rd quarter but Super Mario 3D All Stars definitely feels like a “break glass in case of emergency” game. This is just my opinion on why the game is coming for a limited release. It is a bold strategy from Nintendo. While many people are mad on the internet, it won’t matter if the sales numbers come through. Bad publicity is still good publicity.

Confirmed by Nintendo, Bowsette is impossible to create. According to Nintendo’s New Super Mario Bros. U Deluxe website, only Toadette can use the website. Not sure why Luigi is mentioned in the item description when the true desire for the item was Bowser. 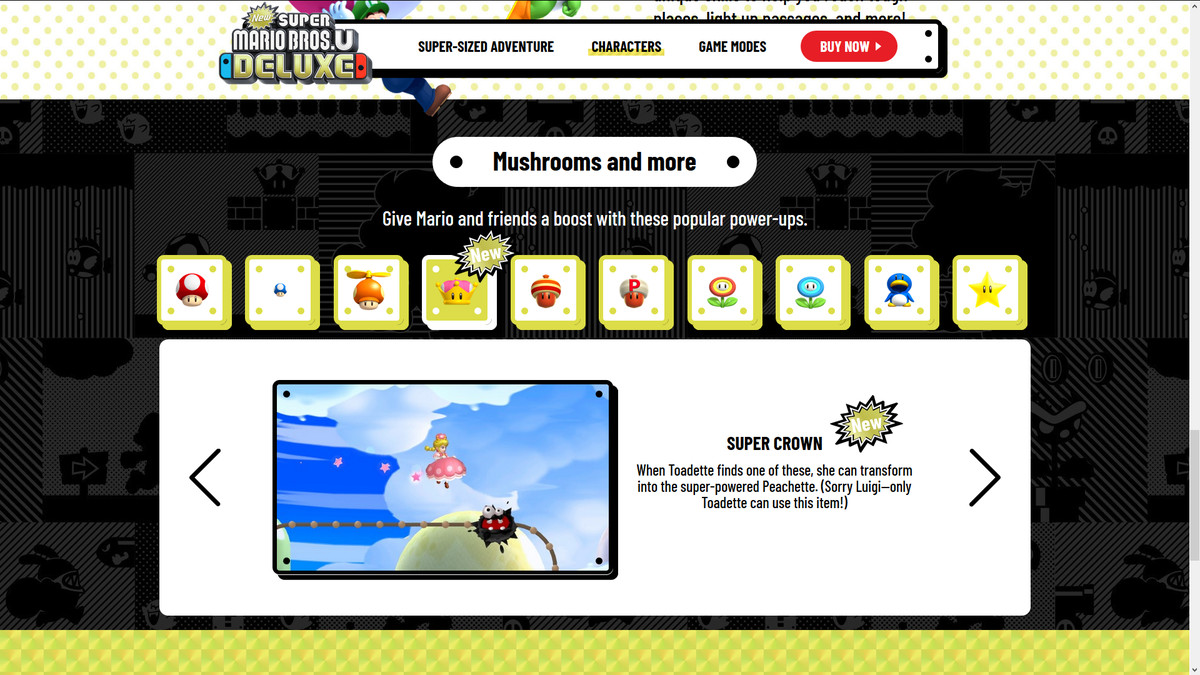 At least we will always have fanart, animations, and more.