One of the most surprising titles that was announced at E3 was Dragon Ball Z Fighter. Created by Arc-System Games with art by Akira Toriyama. Graphically, it is beautiful and the effects from fights, energy blasts, and speedy combat looks visually amazing. 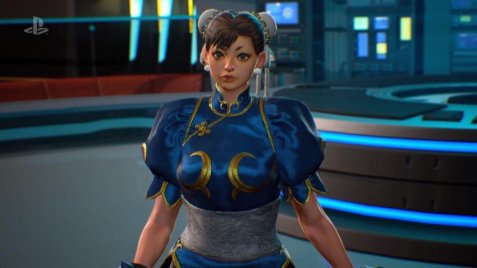 Even the models from MvC3 look better in comparison and that was released for the last generation consoles. Interest for MvCi has definitely dropped but Capcom has generally been consistent with releasing solid fighting game titles such as Street Fighter, Darkstalkers, and MvC. From players’ feedback at E3, Marvel vs. Capcom: Infinite seems slower but still fun. Source: Maxillian Dude

Another game had recent flack as well. Nidhogg 2‘s new design from its prequel was relatively simple. Two solid color, no faces, blood(?) and fairly simple design. However, its sequel looks like a completely different game. Eyes, facial features, and even background design has been added. The game looks even more violent than before. The initial reaction was dismay from fans. However, fans have soften on their intial feelings after seeing the game contains the same mechanics with more weapons in the game.

For me, art is a huge factor in games. If it doesn’t look appealing than I won’t feel as obligated to buy the game. Art dictates the gameplay feel and style. Great examples are the Devil May Cry series. The characters are highly stylish in comparison to Ryse: Son of Rome. I had no interest in Ryse because it looked generic regardless of the gameplay features. How important is art or style to you? Does it affect your purchase? Or do you consider other factors more important?

3 thoughts on “How Important is Art in Gaming?”