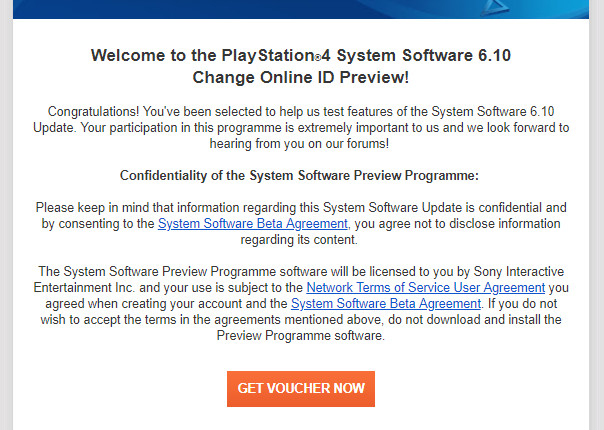 Users received this message: “Not all games and applications for the PS4™, PS3™, PS Vita, and other PlayStation® systems support the Online ID change feature.”

You may lose your progress within games, including game saved data, leaderboard data and progress toward trophies.

Parts of your games and applications may not function properly, both online and offline.

Your previous Online ID(s) may remain visible to you and other players in some places.

First change is free for all users.

You can revert to your previous Online ID once per account during the preview period.

After you change your Online ID, it may take a few hours for some services and applications to reflect the new ID.

While the name changes are still in beta, users may be locked out of their own content that they acquired. This is incredibly awful for players who have paid for DLC, items, or other good purchased with real money. Your name being unchanged in front of other players also defeats the purpose of a name change. The name change would only be for yourself.

Hopefully, Sony will listen to the feedback from their fans as many users are unhappy.

does anyone actually hate their PSN ID enough to do this? pic.twitter.com/bDTymXUP9S