Have you been honing your skills online in Smash or Splatoon 2? Nintendo is hosting their second online tournament which features Super Smash Bro. Ultimate and Splatoon 2. Here are the rules below Each region will be split up based on parts of North America. Northwest, Northeast, Southwest, and Southeast. You can check your region here. Each region starts Qualifiers will be held February 2, 2019. Finals will be held February 9, 2019. The registration period for the Regions Online Event 1 is January 22, 2019, through February 2, 2019, at 9:00 AM PT. Check your standard times!

Jan. 22 – Feb. 10 at 9 a.m. PT
The team captain must register all four members (and one optional alternate) of the team online via Battlefy.com.

All results must be registered through Battlefy

Starts at 9 a.m. PT and ends when the top eight teams have been determined.

Required Gameplay and Settings: Once the two designated Teams are in the Private Battle room, the host must select Turf War with the following settings:

Today’s Nintendo Direct was focused on Splatoon 2. The direct included more story, guns, and gameplay. It also included more online social features and is the first game that will use the Nintendo Switch Online App.

Gears are the new equipment which will include buffs for each style of clothing. There are hats, shirts, and shoes! They will affect aspects of the multiplayer game. Some examples include faster respawn time, faster movement, and adjusted speed. Gear will be sold by fun characters called: Jelfonzo, Flow and Bisk! Murch the Urchin can add more buffs to your gear or remove some as well. Clothing is more important than ever in Splatoon 2.

Weapons will still be sold by Sheldon from Splatoon. You can fast-forward through his dialogue. There are three types of weapons: Main, sub, and Special! Some of the guns have been readjusted for Splatoon 2.

New Weapons:  The Clash Blaster-short range gun that leads to explosions. Flingza Roller: It can change shape and throw even further. Goo Toober is a charger that can charge for a longer time. Dapple Dualies: lighter guns which mean more manoeuvrability around the map.

New Subweapons: Autobombs that can track enemies and Toxic Mist which creates a poison Area of Effect. There are more to come

Special: Fill the gauge to use the special. You can now see if enemies have their specials to prepare yourself ahead of time but looking at the scoreboard.

Did you catch the Special Weapons in the #Splatoon2 Nintendo Direct? Missiles, jetpacks, armor, and even an indestructible hamster ball?! pic.twitter.com/uSARocvwGq

There are new and returning game modes for Splatoon 2. Turf War still exists and focuses on inking as much of the territory as possible. There is also a new Dancing/Rhythm game in Inkopolis Square, the new hub. Amibos will give you access to new gear and save your Squids/Kids gear setting. A horde mode called Salmon Run will grant you access to new gear if you can survive. It’ll also include unique bosses such as Steel Eel, Flyfish, and Steel Head that were revealed during the direct. During this mode, the environment, weather, and light will change.

Ranked Matches will be held in three game modes.

Tower Control: Stay on the moving tower platform to move it towards the goal. It’ll stop at designated areas which will make for some intense action. Splatzones: King of the Hill mode. Rainmaker: Capture the flag but it’s a super weapon. Protect the weilder at all cost to earn points. Each mode will have its own rank and if you’re really good, you can move up two ranks! You can team up with friends as a pair or as a team of 4.

Of course, there are new maps: The Reef, Mussleforge fitness, Inklet Art Academy, Starfish Mainstage, Humpback Pump Track, Sturgeon Shipyard, Port Mackerel and Moray Towers. I hope you enjoy the Marine based puns as much as I did.

Two new girls: Marina and Pearl. They’ll be your new SplatFest host! In fact, the next SplatFest will be on July 15th in the free online demo. It’s Ice Cream vs Cupcakes! 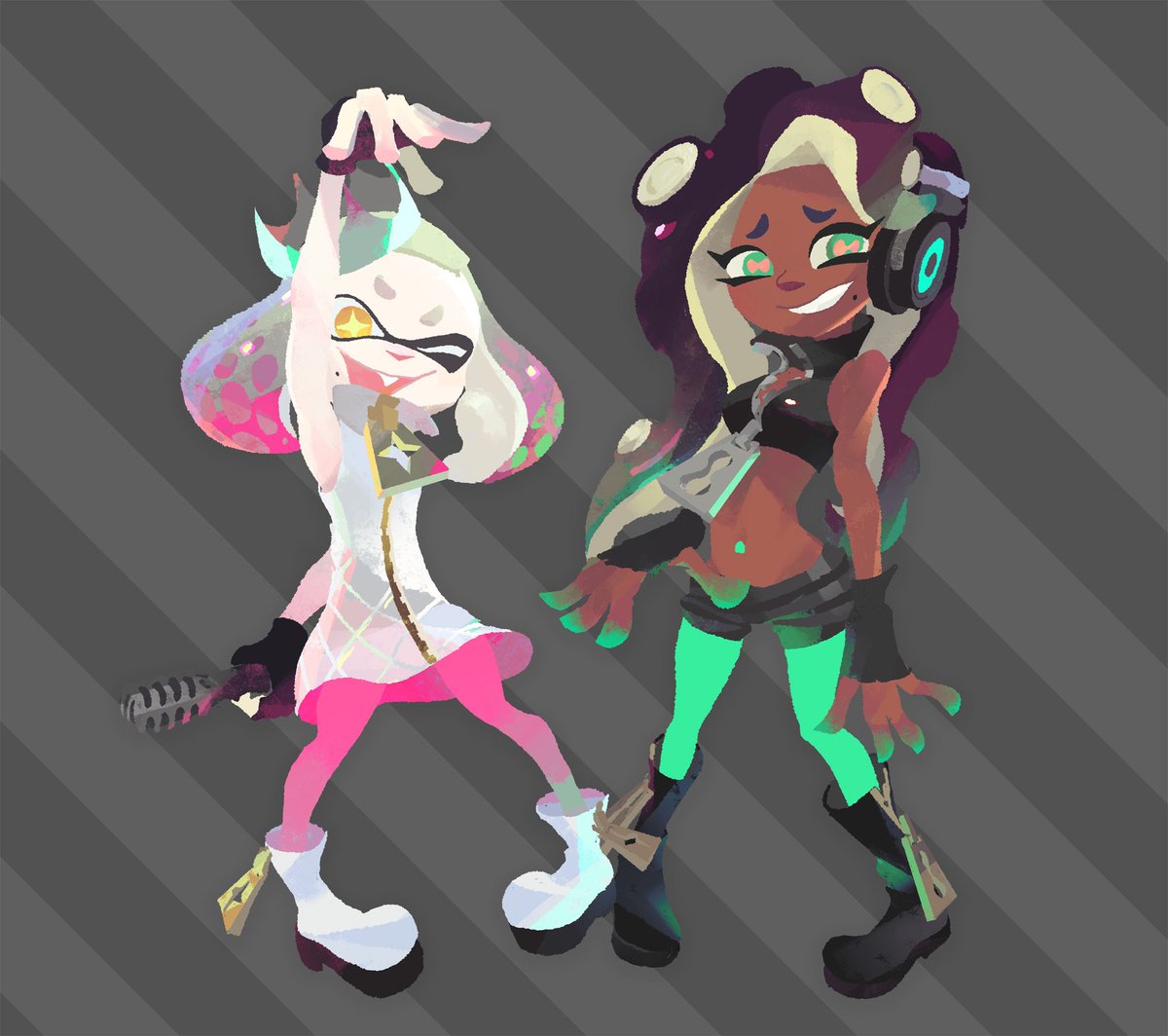 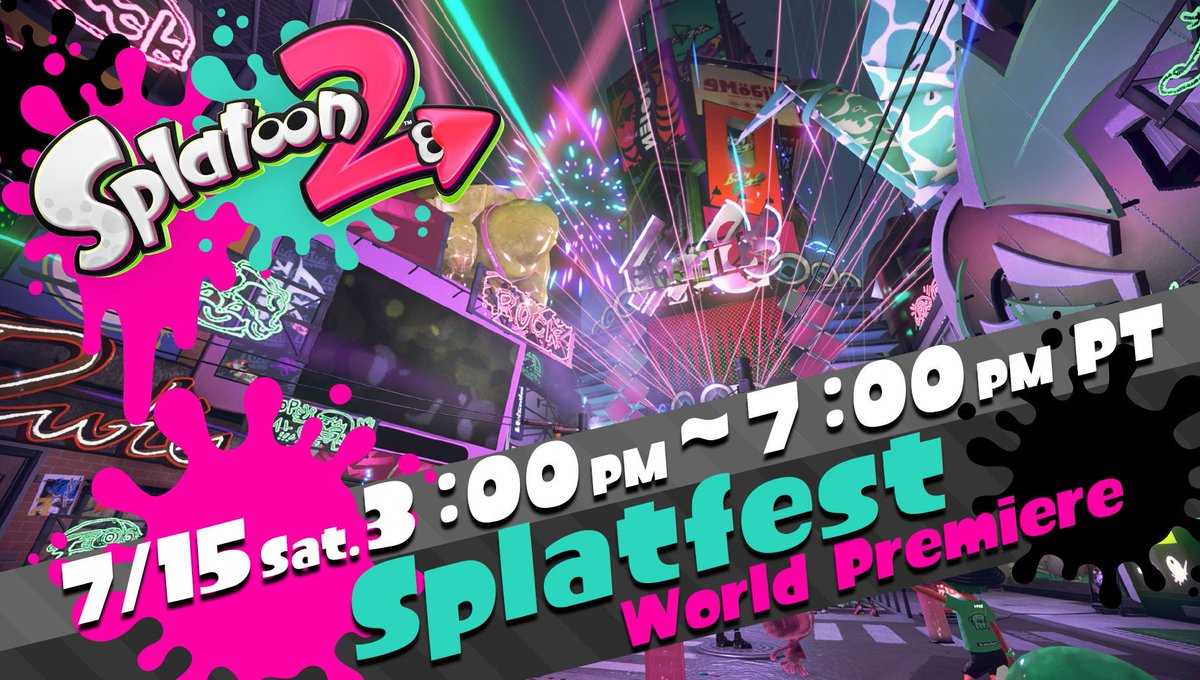 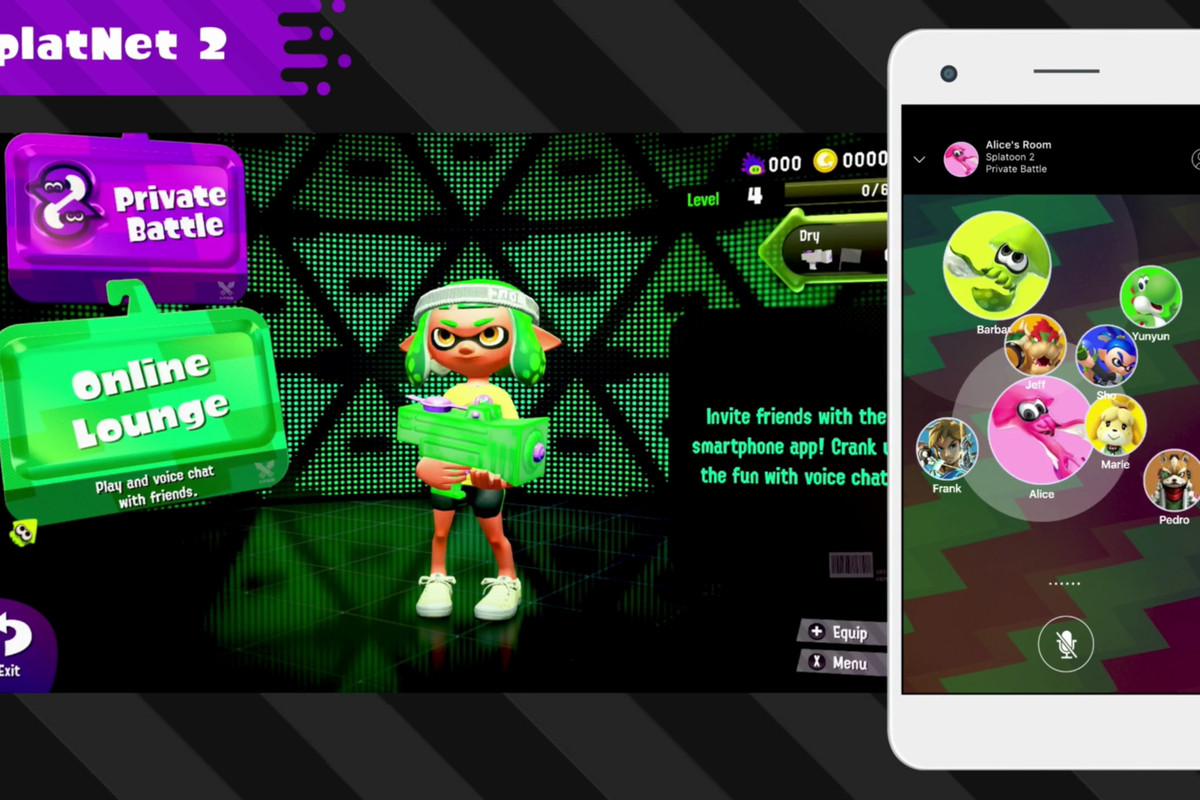 Nintendo will launch a companion app with Nintendo Switch Online App called SplatNet2. It will co-release with the game on July 21st exclusively on smartphones. The app will include online features for Splatoon 2‘s online multiplayer such as:

The service is free for the rest of the year. Once 2018 beings, it’ll cost $19.99 annually which is cheaper than Xbox and PlayStation. More info regarding the service will be announced over the upcoming months.

Players can send each other pictures that they’ve drawn into private mailboxes. They can also be displayed in the game similar to Splatoon on Wii U. They’ll be displayed Inkoplis Square and certain maps in the game. The pictures can be shared across connected social media as well. 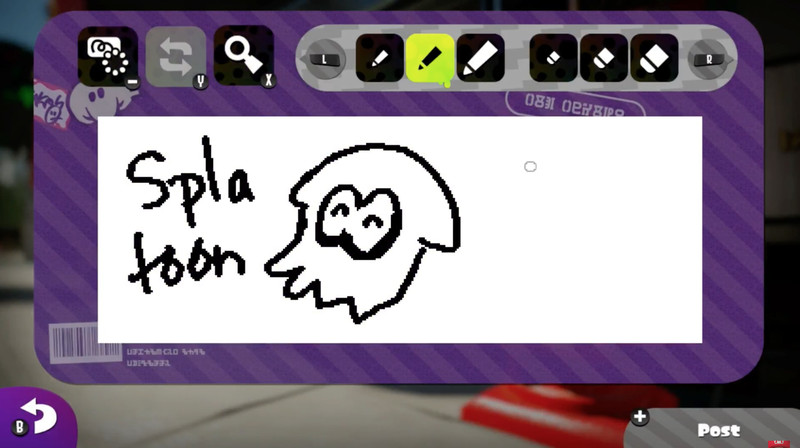 Splat Brella Gun which can shield and dash all in one weapon. Bubble Blower that creates floating landmines that can spread the ink around the map. Of course, there will be new gear and new stages. There is scheduled to have about a year of updates and 2 years of Splatfest! Nintendo has been doing a great job of keep their IP’s fresh and keeps fans in for a longer time than most companies these days. So this game will continue to be updated so don’t get cooked…Stay off the hook!