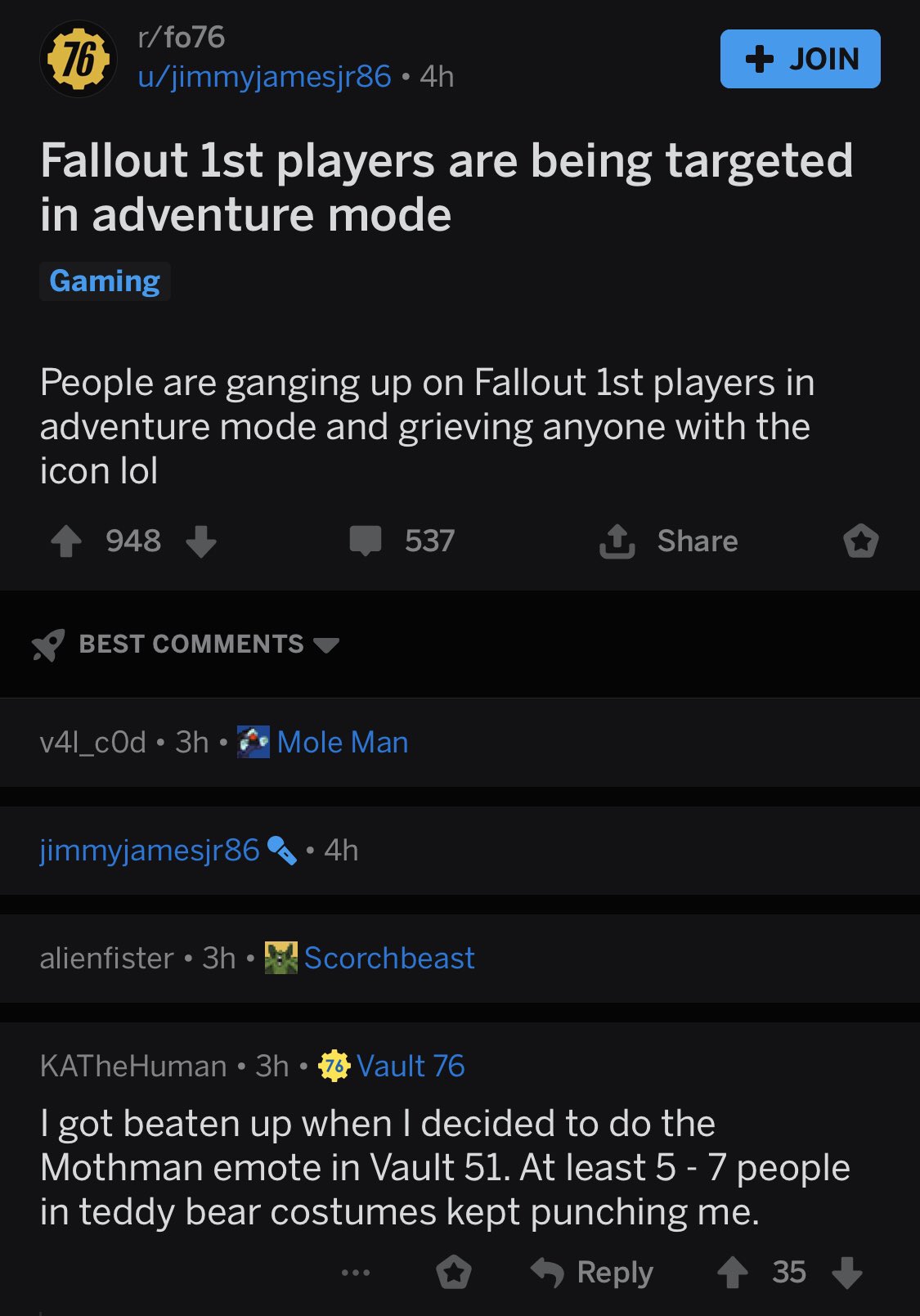 Fallout 76 is probably the biggest disaster in Bethesda history. Whether it’s the poor reviews, gameplay, glitches, lackluster pre-order gifts, or even game crashes, Bethesda is trying their fix to repair the leaky boat. Their recent issue is players accessing a developer’s room via a glitch. It contains extremely rare items, weapons, and a human NPC called Wooby (The game is supposed to have no humans besides real players).

The room was in past Bethesda games such as Fallout 4 and Skyrim but those are single-player games. If you’re found searching through the room, expect a ban and a potential email by Bethesda.

The wording on the email makes it seem that Bethesda is unaware of how players are accessing the dev’s room. While some players will mostly report the method, it seems awkward that Bethesda is asking for help.

Players who withdraw items from the room are transferring them to different accounts before the ban hammer comes. According to Eurogamer, accounts not connected to the main account aren’t banned. As a multiplayer game, the items can be sold in store markets and “ruin” the game market. Bethesda recently fixed their glitch which allowed players to duplicate items. Hopefully, the company can solve the issues with Fallout 76 as they still have a dedicated player base who still believe in them.

If you’re a fan of the Fallout series, you’ve always wanted to own a Pip-Boy.  It is a wrist attachment that displays your character’s stats, missions, items, skills, etc. It’s a popular accessory and many people wanted one for cosplay purposes. When Fallout 4 was released, special editions came with a Pip-boy for $119. You could connect your smart phone to it and it would give you access to the Pip-Boy app that would interact with Fallout 4. They sold out incredibly fast and Bethesda even stated they couldn’t produce anymore.

Now Fallout 4 is two years old and its Game of the Year edition is finally being released. It’ll include all the DLCS: Nuka-World, Vault-Tec Workshop, Contraptions Workshop, Far Harbor, Wasteland Workshop, and Automatron. It will also include mod support and Survival Mode which was added to the game before. The GOTY edition will be $60 and will release on September 26th. The game will release for PlayStation 4, Xbox One, and PC.

If you are willing to pay extra, you can buy the Pip-Boy edition if you missed it last time. It’ll be $99 with a different casing box than the previous edition. It’ll be the same design and if you have purchased a larger phone since then, it won’t fit into the Pip-Boy. It’ll only be sold in “selected retailers” and will have a limited release. 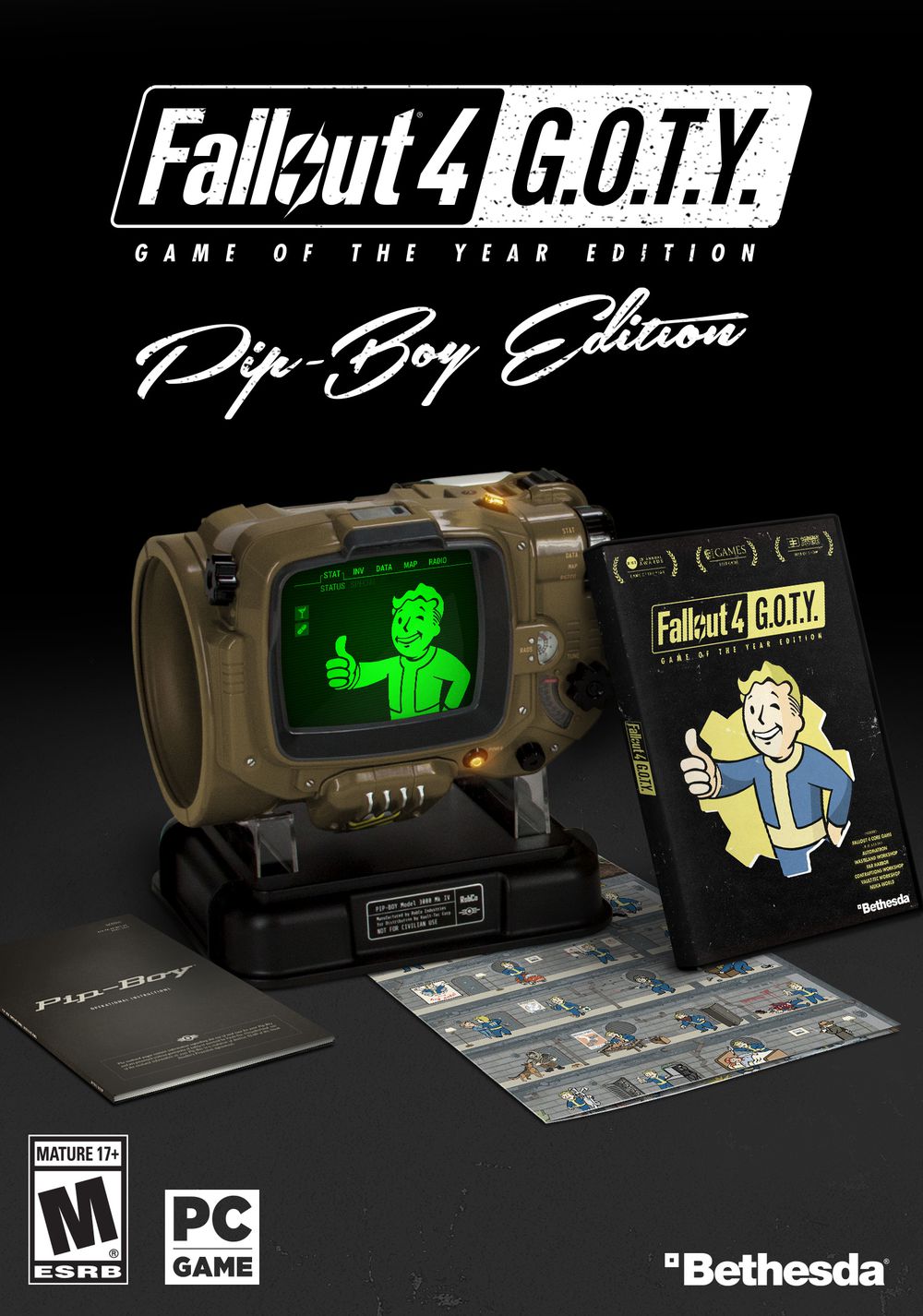 Personally, I don’t mind special editions. I think having a Pip-Boy is cool and if I was gonna cosplay as a character from the series, I would definitely pick one up. The game is pretty good but its definitely not as good as Fallout: New Vegas or Fallout 3 in my opinion. If you really missed out on the game and wanted to add it to your collection, this is your chance.